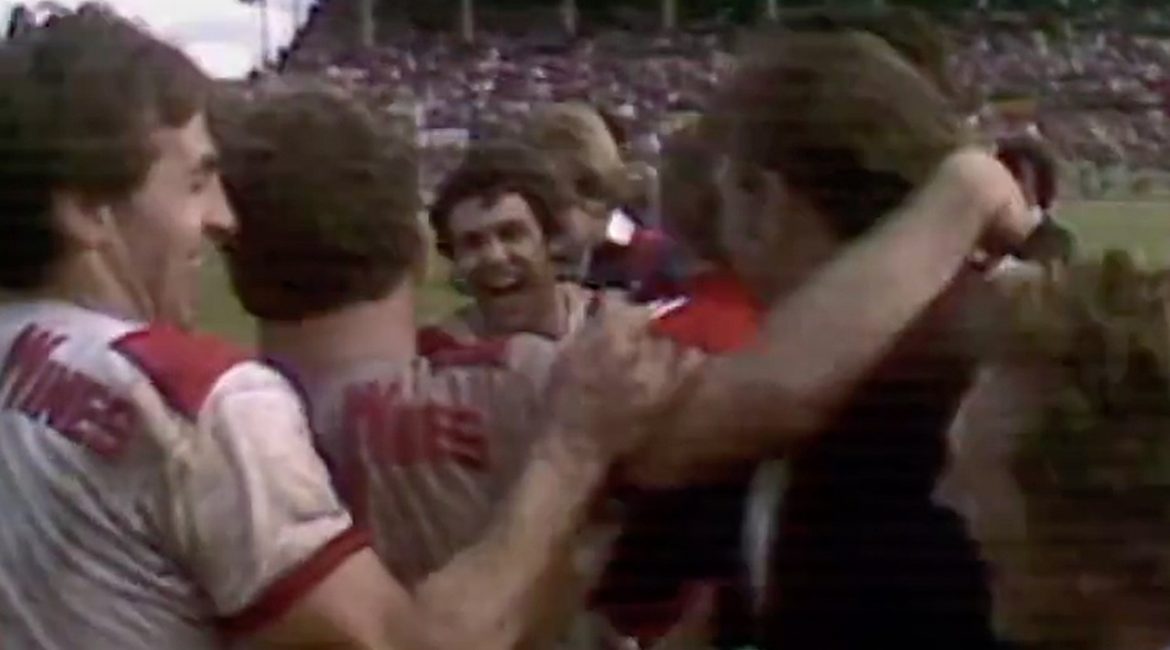 The St George District Rugby League Football Club officially announced their Team for arguably the most famous and successful history of the Club (1956-1966) when the Club won a world record 11 record Premierships, along with the era that captured a further two Premierships (1967 – 1981) in the Spirit of the Red V Museum on Tuesday, 22 June 2022.

As part of the St George DRLFC Centenary celebration a selection panel was formed to decide on the 17 players and coach that would form the Dragons “Team of the Century”. With over 1000 players having worn the famous white with red v jersey the panel decided that this selection process should be broken up into six era teams. The “Team of Century” would then be chosen from these six “Teams of the Eras”.

“Selectors were asked to consider a range of qualities such as: skill, durability, courage, character, versatility, leadership, representative honours etc and all players were judged on their performances for the Club or representative football in the years they represented the Club,”.

The “Never Before, Never Again” era team (1956-1966) featured four Immortals and 12 Rugby League Hall of Members and with Team of the Era inductee Brain Graham, describing his selection in the team as an honour.

“St George is just the greatest,” Graham added. “The Club was full of great people, and still is, they always looked after the players.

“If you look around the country there are just so many supporters, wherever you go there is always St George supporters because of the great players and people at this Club”.

Amazingly, the 1967-1982 team includes some of the greats from the Never Before Never Again era and stars of St George’s 1977 and 1979 Premiership winning teams including Ted Goodwin, Rod Reddy, Steve Edge and Craig Young.

“It is unbelievable that my name is up there with the likes of Gasnier, Raper and Smith,” said Goodwin. “I’m glad I am there but I didn’t want the wing, I didn’t like that position much, I liked that fullback more!

“To pull on the ‘Red V’ with these great players was the ultimate for me and I can still remember the first day I ever pulled on the jersey,” he added. “I had caught the train from Dapto and words can’t even explain the feeling, my whole body changed, it was tremendous and such an unbelievable feeling”.

The celebrations were held in conjunction with the Men of League with members and volunteers of the Southern Sydney Chapter (St George, Cronulla, Canterbury) in attendance along with former players including Brian Graham, Ted Goodwin, Steve Edge, John French and Craig Young, the current St George District and St George Illawarra Dragons Chairman.

See the announcement videos below