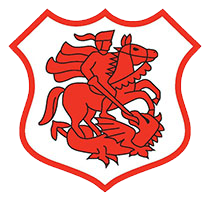 On a Monday night at Kogarah School of Arts, ‘amid much enthusiasm’, a meeting is held to officially form the St George District Rugby League Football Club. The club’s first general meeting is conducted on 7 February 1921. The club’s first official trial is staged on 6 March 1921, at Sans Souci. 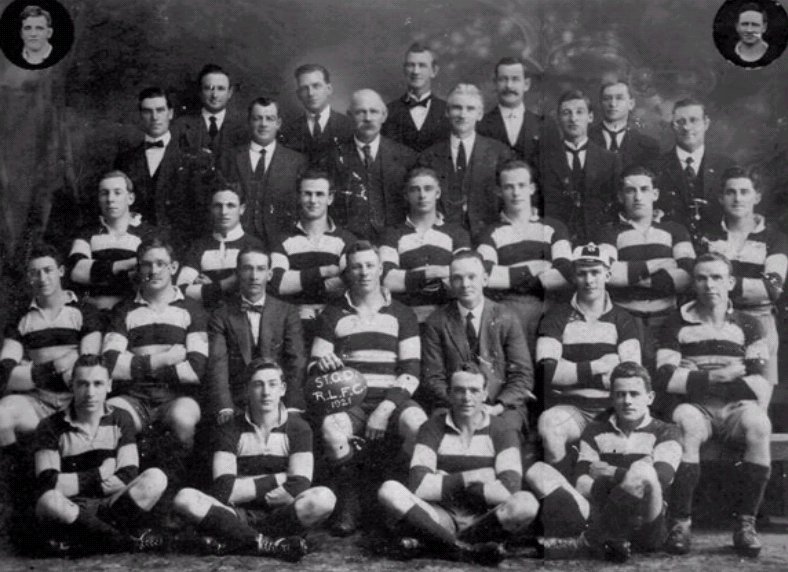 St George plays their first premiership match on St George’s Day, losing 4–3 to Glebe at the Sydney Sports Ground. Saints winger George Carstairs scores the only try of the game. Earlier, Glebe beat St George 27–5 in reserve grade. Saints will not enter a third-grade side until 1926 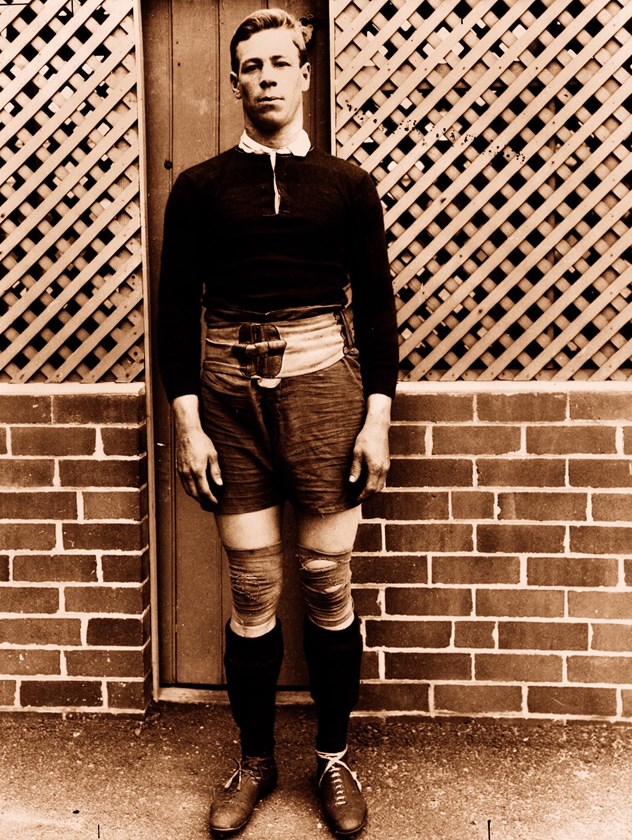 St George defeat Wests 6–5 in the club’s first premiership game at Earl Park, Arncliffe. The game serves as a testimonial for the club’s inaugural captain-coach Herb Gilbert, who receives the club’s cut of the gate money. Earl Park, built on the site of a former market garden, is Saints’ home ground from 1925 to 1939

Inspired by captain-coach Frank Burge, St George go from last in 1926 all the way to their first premiership final, losing 20–11 to Souths at the Agricultural Ground (later the Sydney Showground).

A riot breaks out at Earl Park after a fiery match between St George and Balmain. One player is sent off, two others are taken to hospital and baton-wielding police clash with fans after a crowd invasion. Two Balmain players are charged with ‘having behaved in a riotous manner’, but the matter is subsequently withdrawn. Saints win 21–3. Read the full story

St George thrash Canterbury 91–6 at Earl Park, statistically the biggest win in premiership history. Canterbury lead 4–0 after 20 minutes and at half-time the score is 23–6. Winger Les Griffin scores 36 points (two tries, 15 goals), still the Dragons record for most points in a first-grade match (equalled by Jack Lindwall against Manly in 1947).

Inspired by star centre Gordon Hart, who returned specially for the game from commando training in Victoria, St George win their maiden premiership, defeating Easts 31–14 in the final at the Sydney Cricket Ground.

On a day so drenched that hundreds of fans scurry across the SCG from the Hill to dry seats in the Members enclosure, St George lose the grand final 11–9 to Canterbury

Minor premiers St George score four tries to three but go down 13–12 to Balmain in the grand final. Star fullback Ray Lindwall, who will go on to be one of Australia’s greatest fast bowlers, misses all nine of his shots at goal. The performance of referee George Bishop, one of the Balmain players charged by police after the Earl Park riot in 1928, is much discussed.

Wingers Ron Roberts and Noel Pidding each score two tries in the Dragons’ 19–12 grand final win over Souths at the SCG. The club’s second premiership is a triumph for coach Jim Duckworth and captain Johnny Hawke, who by season’s end is widely recognised as the best player in the competition. 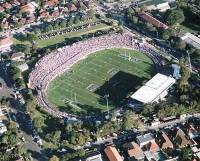 A Place to call Home

Kogarah Council agrees to lease Kogarah Jubilee Oval to St George for two years, on a yearly rental of £350, plus £50 a year for training rights on two nights a week, plus £200 for ground improvements. The club’s first game at its new home is a 17–15 loss to Souths on 22 April 1950. Kogarah will remain the Dragons’ home ground for much of the next 70 years.

The Start of an Era

Despite losing centre Merv Lees after 13 minutes of the grand final with a dislocated shoulder, St George beat Balmain 18–12 to win their third premiership. Despite coaching the team to victory, Norm Tipping will be replaced during the off-season by Ken Kearney.

Back to Back v Manly

Lock Brian Clay scores two tries and Norm Provan is man of the match as St George win their second straight title, defeating Manly 31–9. Harry Bath’s eight goals and 16 points remain the records for most goals and points in a grand final.

Three in a row v Wests 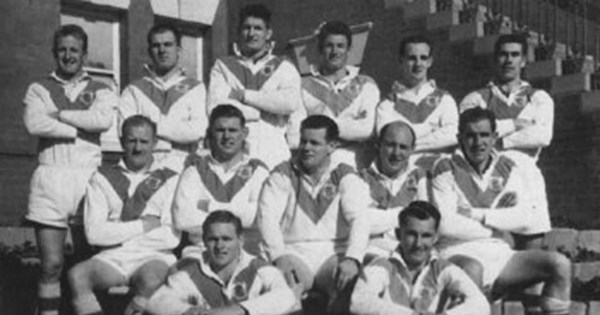 Winger Eddie Lumsden scores a hat-trick as Saints thrash Manly 20–0 in the grand final, to complete an unbeaten season (19 wins and one draw in 20 matches).

Ken Kearney leads the Dragons to a 31–6 defeat of Easts for the club’s fifth straight premiership, establishing a record for most grand final wins by a captain that still stands. 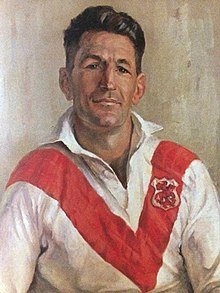 A crowd of 57,744, a record for a midweek event at the SCG, sees St George take on one of the best Great Britain teams to visit Australia. Eddie Lumsden scores the first try of the game after clever work from Dave Brown and Reg Gasnier, but the tourists win 33–5.

Seven in a Row v Wests

Billy Wilson is sent off just after half-time but St George outlast Wests 9–6 in the grand final to claim their seventh successive premiership.

A historic day for the club and the game, as the Dragons win premierships in all three grades and the two first-grade captains, Norm Provan (St George) and Arthur Summons (Wests), are captured by Sun-Herald photographer John O’Gready in the muddy post-grand final embrace that will become known as ‘The Gladiators’. Saints win 8–3.

Graeme Langlands kicks four goals and sets up the only try of the game for winger Johnny King as Saints defeat Balmain 11–6 in the grand final.

Norm Provan’s last game, a record crowd measured officially at 78,056 but certainly many more (and with thousands turned away), a try in a sixth straight grand final for Johnny King, and a remarkable 10th straight premiership, as Souths are conquered 12–8.

Johnny Raper is at his imposing best as Balmain are swept away 23–4 to give the Dragons their 11th consecutive grand final victory.

The End of an Era

The glory run is over as minor premiers St George are beaten 12–11 in the preliminary final by Canterbury. It is the last premiership game for club legends Ian Walsh and Brian Clay. No team since 1966 has won more than three grand finals in a row.

Graeme Langlands and Billy Smith are magnificent as St George stun minor premiers Manly 15–12 in the preliminary final. A week later, Saints go down 16–10 to Souths in a dramatic grand final.

By the end of the 1975 Grand Final, St. George had been completely demoralised by Easts in a 38–0 record Grand Final defeat. Arthur Beetson attempted in vain to console the forlorn Langlands at match end. 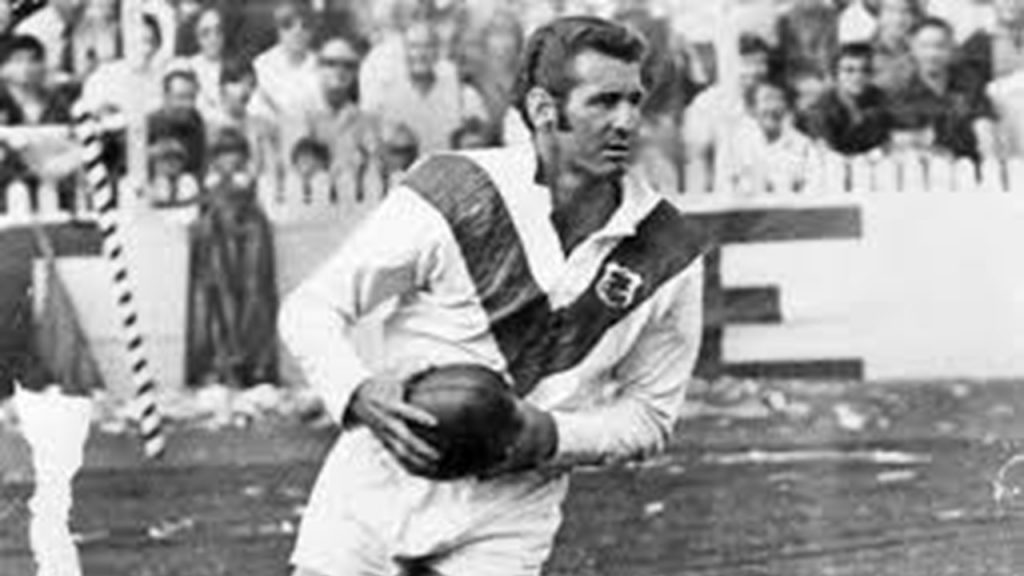 Seven months after Saints lose 38–0 to Easts in the Grand Final, Graeme Langlands informs Saints officials he is retiring as a player. ‘Chang’ leaves as a four-time premiership winner and the Dragons’ leading all time pointscorer, with 1554 points (86 tries, 648 goals).

In a ground-breaking Grand Final St George and Parramatta were locked at 9 points each at full-time. The result was decided by a replay – the first in rugby league history.

Saints claim their 14th premiership as Harry Bath’s dynamic young side overwhelm the Eels 22–0 in the first grand final replay in premiership history.

St George dominate the first half of the grand final against Canterbury at the SCG, charging to a 17–2 lead before winning 17–13.

St George win seven games straight, including a thumping 32–2 last-round victory against eventual premiers Parramatta, a 44–16 playoff defeat of Easts and a gallant 17–14 minor preliminary semi-final win over Balmain in extra time, to reach the second week of the finals.

After claiming the minor premiership in all three grades, St George win the third grade and reserve grade grand finals but lose 7–6 to Canterbury in the first-grade premiership decider.

St George reach their first grand final in seven years but after matching Brisbane in the first half go down 28–8.

With centre Mark Coyne in superb form, St George are the first team into the grand final after thrashing Canterbury 27–12 in the major semi-final. Two weeks later, however, they fall 14–6 to the Broncos, with lock Brad Mackay winning the Clive Churchill Medal.

St George and Illawarra Steelers announce that they will form a joint venture and compete from 1999 as the St George Illawarra Dragons.

St George Illawarra go agonisingly close to winning a premiership in the first season of the joint venture, losing 20–18 to Melbourne in front of a record 107,999 fans at the Olympic Stadium after conceding a late penalty try.

St George Illawarra versus Sydney Roosters commences as an annual Anzac Day event, with the Roosters prevailing 24–20. The game has been played at the Sydney Football Stadium every year during this time except 2008, when it took place at the Olympic Stadium. St George and Easts met six times on Anzac Day prior to 2002.

St George Illawarra beat Parramatta 37–0 at Kogarah to claim their first minor premiership since 1985. Five-eighth Jamie Soward breaks Harry Bath’s club record for most points in a season (225 in 1958; Soward finishes the year with 234). However, the Eels stun the Dragons 25–12 in the first week of the finals, and a loss to Brisbane six days later ends Saints’ season

Saints captain Ben Hornby appears in his 257th premiership match, breaking Norm Provan’s longstanding club record for most first-grade appearances. The Dragons crown the achievement when Ben Creagh crashes over for a last-minute try to clinch a 28–24 win in the annual Anzac Day clash against the Roosters. 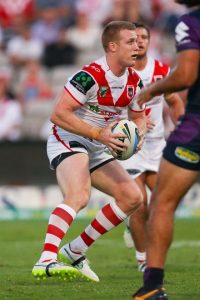 Ben Creagh plays his 250th first-grade game in a dramatic Anzac Day encounter, won 14–12 by the Dragons after a fierce electrical storm forces the players from the field during the first half.

St George Illawarra make their debut in the NRL women’s premiership, going down 30–4 to the Broncos at Suncorp. The men’s team then thrash Brisbane 48–18 in an elimination final, with second-rower Tariq Sims scoring three tries. 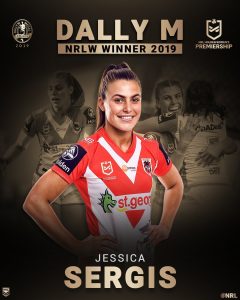 Centre Jess Sergis claims the Dally M women’s player of the year award. Sergis also makes her Test debut during 2019, wins the women’s Golden Boot that is awarded annually to the player judged best in the world, and stars in the Dragons team that reaches the NRLW grand final.