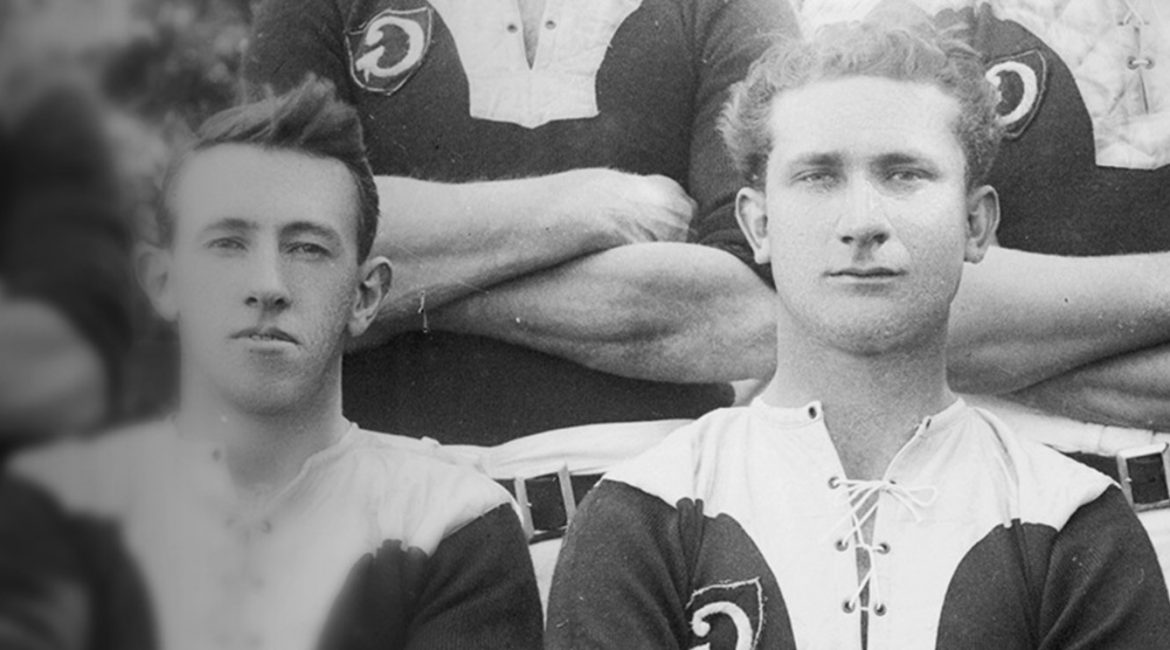 The St George District Rugby League Football Club kicked off their Covid-19 delayed Centenary celebrations in the Spirit of the Red V Museum on Wednesday with the announcement of the opening two of six, “Teams of the eras” in the lead-up to the official announcement of the Dragons Team of the Century on July 20, 2022 (see below for team announcements).

Club historian, and author of the ‘Spirit of the Red V’ book, Geoff Armstrong, opened the night by talking through the beginning and early years of the Club as well as the selection process and panel for the six teams of the eras, and ultimate Team of the Century.

The was event hosted by media personality Tim Gilbert, with representatives of the Board of the St George Junior Rugby League, eight local Clubs, (Arncliffe Scotts, Brighton Seagulls, Kingsgrove Colts, Kogarah Cougars, Penshurst RSL, Hurstville United, Renown United and Riverwood Legions) and Directors including Dragons and St George District Chairman, Craig Young, in attendance for the official announcement of the 1921-1940 and 1941-1955 “Teams of the Eras”.

“We had a lot of activities and events planned to celebrate our centenary last year in 2021 but the pandemic certainly caused us some problems, so we made the decision to hold them over to allow us to appropriately recognise and celebrate those who ‘dug the well’,” said St George District and Dragons Chairman, Craig Young.

“Selectors were asked to consider a range of qualities such as: skill, durability, courage, character, versatility, leadership, representative honours etc and all players were judged on their performances for the Club or representative football in the years they represented the Club,” added Young.

Representatives from each of the eight local junior clubs were also presented with a cheque from Young on behalf of St George Leagues Club on the evening.

“We certainly know that it has been difficult times for junior clubs and the Board of St George Leagues Club has kindly provided five thousand dollars in support of each of the eight junior clubs in the St George district,” added Young. “It is important that we continue to support and develop the growth and propagation of the game of rugby league in our area and we hope that these funds can assist with their recruitment and retention activities for young boys and girls in our district”.