The Path to Jubilee Oval 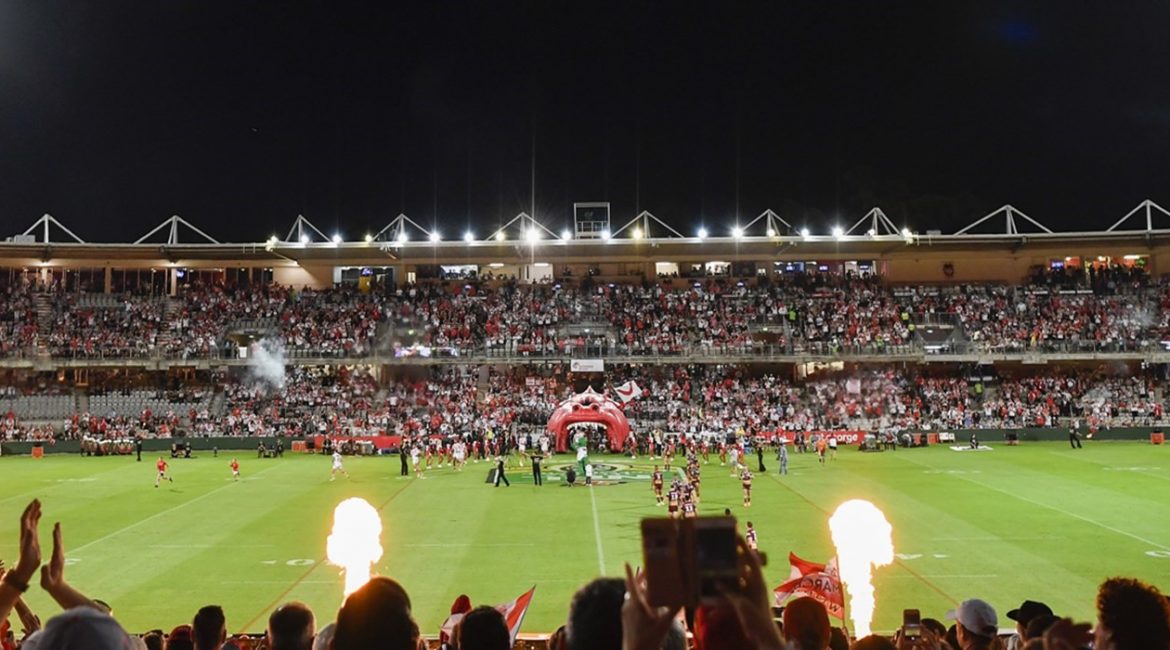 In 1906, the year a St George side first played in the Sydney first-grade rugby union premiership, the local press bemoaned the fact that the field inside Brighton racecourse, at Brighton-Le-Sands, was the only ground available in the district. An oval at Hurstville Park was officially opened for the start of the 1911–12 cricket season, and though it was not enclosed — which meant that clubs or organisations hiring the ground could only charge for entry to the grandstand — from 1912 Hurstville Oval became the St George rugby club’s home ground.

The Kogarah district had been proclaimed as a municipality in 1885. The first meeting of Kogarah Council was held at the Gardeners’ Arms Hotel, situated at the intersection of Rocky Point Road and Kogarah Road (now known as the Princes Highway), on 9 March 1886. Kogarah Park, an area bounded by Princes Highway, Park Street, English Street and Station Street (now Jubilee Avenue), was vested as a public park by a notice in the Government Gazette of 1 July 1896. In 1920, the reserve was described by the local Propeller newspaper as ‘little else than a grazing paddock or a playground for small boys, and a rendezvous for junior matches’.

In June 1934, a scheme was submitted by the Kogarah Council engineer for the formation of a sports oval in Kogarah Park. The proposal was accepted by council and work commenced soon after.

The Propeller reported: ‘Council intends to construct an oval 160 feet x 140 feet, which will necessitate the excavation of approximately 1900 cubic yards of material. This material will be used for filling and providing the necessary banking on the outer edge of the oval, which will be surrounded with the usual picket fence.’

In March 1936, 50 years after the initial meeting of Kogarah Council, a series of events were staged to mark the Council’s jubilee. One of these events was the official opening on 7 March by Premier Bertram Stevens of the new oval at Kogarah Park.

It was named Kogarah Jubilee Oval. The first organised football match at the ground was played a week later, on 14 March. It was a rugby league trial between St George and Newtown, won 26–10 by the visitors. Proceeds from the game went to St George Hospital.

A few days later, it was announced that Kogarah Jubilee Oval would be the St George rugby union club’s new home ground. Hurstville Council had closed Hurstville Oval for the winter, after resurfacing the field, leaving the rugby club without a ground.

From 1938 to 1949, rugby would share Kogarah Jubilee with local ‘Australian rules’ football clubs, and cricket was played at the ground in summer. Other sports to use the ground during this period included baseball and athletics. It also hosted concerts, and school and police carnivals. The St George rugby league club was formed on 8 November 1920 and played its first game in the NSW Rugby League premiership on 23 April 1921. For its first four seasons, it was without a permanent home ground, playing occasionally at Hurstville. From 1925 to 1939 it was based at Earl Park, Arncliffe. In December 1939, the club signed a five-year lease to play their home games at Hurstville Oval, after Hurstville Council agreed to enclose the ground. The club justified the move away from Earl Park because Hurstville Oval had a larger capacity, and with the spread of the St George district, Hurstville was now a more central location for the supporters of the team. Saints were, in secretary Clarrie Fahy’s words, ‘the most popular club in the metropolitan area’. The lease was extended for a further five years prior to the 1945 season.

In December 1949, it was revealed that the St George rugby league club were seeking the use of Kogarah Jubilee Oval for the 1950 season. It was rumoured that Hurstville Council wanted as much as £600 a season for a new lease of Hurstville Oval (up from £250), but Saints club president Clem Madden said Kogarah would ‘hold 4000 more spectators than Hurstville [and] had more extensive dressing-room accommodation’. Kogarah Council was initially disappointed by tenders submitted by both league and union, but eventually agreed to lease the ground to the rugby league club for two years, on a yearly rental of £350, plus £50 a year for training rights on two nights a week, plus a one-off payment of £200 for ground improvements. These improvements included a new exit gate and admission facilities, and a new lavatory block on the eastern side of the oval, behind the embankment. The St George rugby union club then signed a five-year lease to play at Hurstville Oval, for a reported £300 a season.

Prior to the 1952 season, St George rugby league signed a new five-year lease to continue at Kogarah. The club would remain at Kogarah until 1985, and then return to the ground in 1989 (using the Sydney Cricket Ground and Belmore Sports Ground as its home ground from 1986–1988). For many years, a number of St George homes games each season were played at the SCG as the Saturday ‘Match of the Day’. Saints’ overall record at its three home grounds in the St George district up to the formation of the St George Illawarra joint venture prior to the 1999 NRL season is as follows: