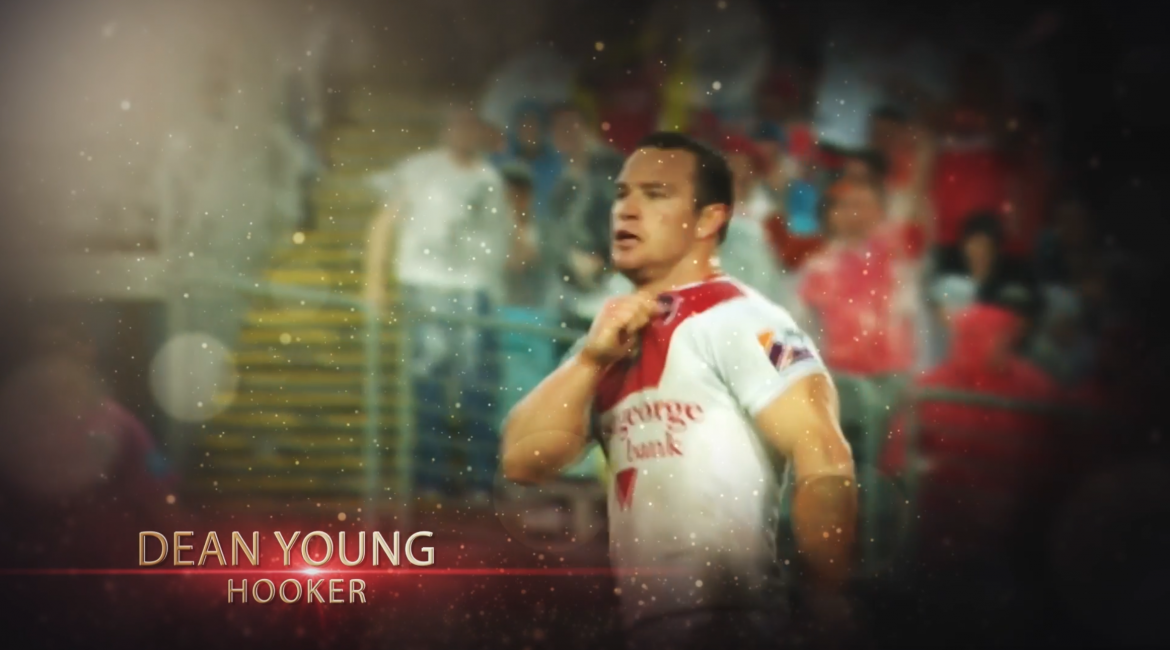 Nathan Brown emerged in 1993 when he appeared in 16 matches, including the major preliminary semi-final and the Grand Final. Brown came off the bench in the 1996 Grand Final and started in 1999. Brown was St George Illawarra co-captain, with Craig Smith, in 2000. He played 171 first-grade games over eight seasons for St George/St George Illawarra, most by a specialist hooker for the Dragons, but was forced to retire just prior to the start of the 2001 season after learning he had a serious neck injury.

Steve Edge is one of the most successful captains in premiership history, leading St George to the 1977 title and Parramatta to victory in 1981–83. A St George junior, Edge was on the bench for third grade on Grand Final day in 1971, captain of Saints’ thirds that won the premiership in 1972, and a member of the reserves that lost the Grand Final to Manly in 1973. He made his first-grade debut in 1973 but didn’t establish himself in the side until 1975, when he played in the Grand Final. He took over the first-grade captaincy in 1976, after Graeme Langlands retired and Billy Smith was injured, and led the team to the premiership in 1977, his first full year in charge. Edge lost his place to Jack Jeffries in 1978 and John Dowling in 1979, but fought back to play in the 1979 Grand Final before signing with Parramatta. Was NSW hooker in the inaugural State of Origin game in 1980.

Frank Facer played seven seasons at hooker with Norths before joining Saints at the start of 1947. Two years later, after St George lost to Balmain in the premiership final, he announced his retirement, but was convinced to soldier on for two more years, missing just one game in that time and playing a prominent role in Saints’ premiership triumph in 1949. A tough, sometimes vicious footballer, Facer was St George club secretary from 1956 until his death in 1978 and is remembered as the chief architect of the Dragons’ 11 straight premierships.

A ‘pocket Hercules’ who played third grade as a 17-year-old in 1927 and debuted in the firsts a year later, filling in for regular hooker Snowy Justice, Percy Fairall had to play as a back-rower or in reserves until Justice retired. But when that finally happened, Fairall was soon rated the best hooker in Australia, playing Tests in New Zealand in 1935 and against Great Britain a year later. He became Saints captain and in 1937 played his 153rd grade game, breaking Justice’s club record. He was St George’s only representative on the 1937–38 Kangaroo tour.

Snowy Justice made his first-grade debut for St George in 1922 but didn’t establish himself in the top side until 1924. From then until his retirement at the end of the 1932 season, Justice was a mainstay of the red-and-white pack. He was NSW’s first-choice hooker from 1925 to 1929, played in all three Ashes Tests in 1928, and two more on the 1929–30 Kangaroo tour. Justice played in the 1927 premiership final and the 1930 grand final, was the first man to appear in 150 grade games for the club, and served as a committeeman, selector, club secretary, first-grade coach and secretary-manager of St George Leagues Club.

Ken ‘Killer’ Kearney was a giant figure in the St George story, the genius behind the enterprise that claimed a remarkable 11 straight premierships. After serving in the War and playing for the Wallabies and Leeds rugby league club in England, Kearney joined Saints in 1952 and made the 1952–53 Kangaroo tour. He remained Australia’s No. 1 hooker until 1958, was Saints’ captain-coach in 1954–55 and 1957–61, and Test captain in 1956–57. It was said he never lost a scrum that really mattered. Kearney was brave, could be ruthless, undiplomatic with referees, and his St George teams were sometimes criticised for unduly rough, even violent play, and he was a winner. Since mandatory grand finals were introduced in 1954, no captain has won more grand finals than his five.

Ian Walsh was a representative player from the NSW bush for a decade (touring with the 1959–60 Kangaroos and playing all six Tests on that tour) before joining St George in 1962. At Saints, was part of five winning premiership campaigns. He played 25 Tests and captained Australia to victory in successive Ashes series, the first man to do so. In 1966, he was captain-coach of the Saints team that won the club’s 11th successive premiership. Known as ‘Abdul’, his courage was legendary. In successive years, 1963 and 1964, Walsh suffered badly broken arms (missing the ’64 Grand Final) yet fought back to re-establish himself as the game’s best hooker. He was a renowned ball-winner, rugged defender and the shrewdest dummy half of his time.

The third player — after Ben Hornby and Matt Cooper — to play 200 games for St George Illawarra (as distinct from St George or a combination of St George and St George Illawarra), Dean Young was a hugely versatile player who started at hooker, lock and, early in his career, in the second row and occasionally at five-eighth. He was the starting hooker for the Dragons in the 2010 Grand Final. Young rarely missed a game — he was an ever present in 2004, 2005 and 2009 — except for 2007, when a severe knee injury limited him to three matches. He came off the bench for his one Test appearance, against New Zealand during the 2010 Four Nations, and started at hooker for his one State of Origin match a year later.