Dragons Team of the Century Announced 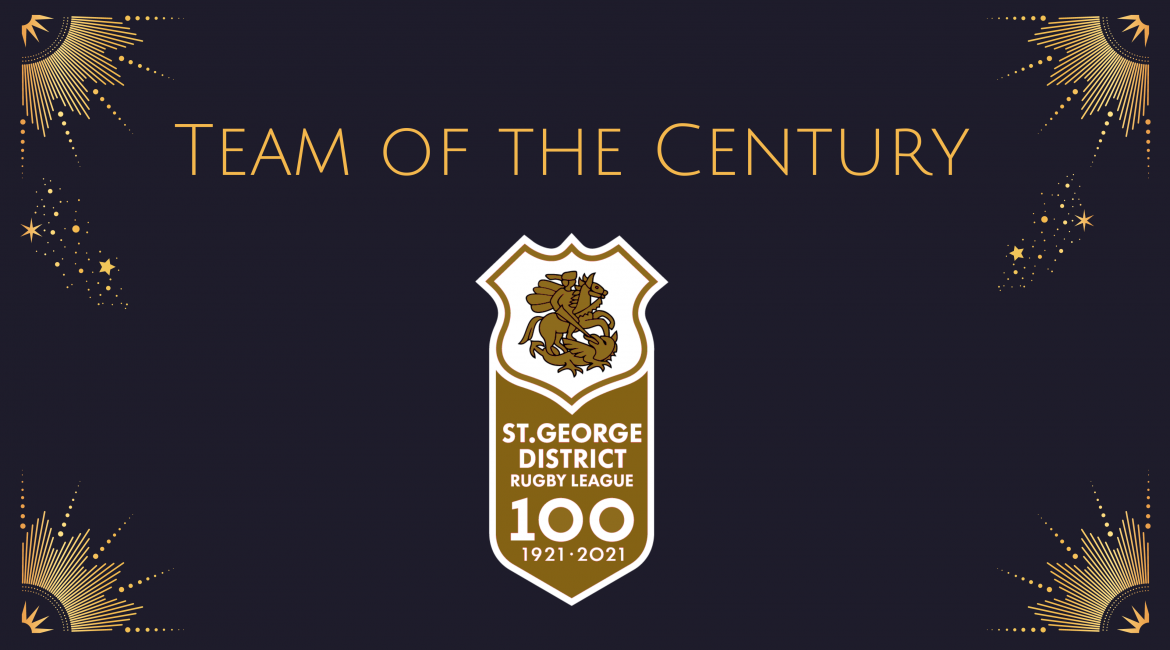 Dragons Team of the Century Announced

The St George District Rugby League Football Club has tonight unveiled their “Team of the Century” with a delayed celebratory event within the Spirit of the Red V Museum at St George Leagues Club in Kogarah.

The St George Club, established in 1921, celebrated their centenary in 2021. However, COVID-19 caused a disruption and delay to the celebrations, which included, the recognition of six Teams of the Eras, selection of the 100 Greatest Dragons and, finally, the Team of the Century.

The Team of the Century was chosen by a panel of former players, officials, rugby league journalists and historians. They considered a range of criteria, including skill, durability, courage, versatility, leadership and representative honours; noting that players’ were judged only on what they achieved, while playing for the Dragons.

The team is dominated by players from the world record ‘never before, never again’ 11 consecutive premierships (1956-66), including the Club’s four Immortals: Reg Gasnier, Graeme Langlands, John Raper and Norm Provan.

“The selection of the final team followed a very comprehensive process where era teams were chosen, followed by a round-table discussion with representatives from each of the era selection committees, that ultimately led to the final selection by a panel of three,” said chairman of selectors and former Dragons coach, Roy Masters.

“Some positions presented monumental challenges because of the plethora of talent available but ultimately, St George supporters should be very proud of their centenary team. It is arguably the greatest combination of club players in the history of rugby league”.

As a player, Burge was one of the game’s greatest forwards and as St George captain coach in 1927, he took over the team that had run last in 1926 and led them to the final in 1927.  Under his leadership, the Dragons made the finals in each of his years as coach at the club and while he didn’t capture a premiership during this time, he established a tradition of excellence that became the club’s trademark.

Buy Your Piece of History – check our range of merchandise

Teams of the Eras