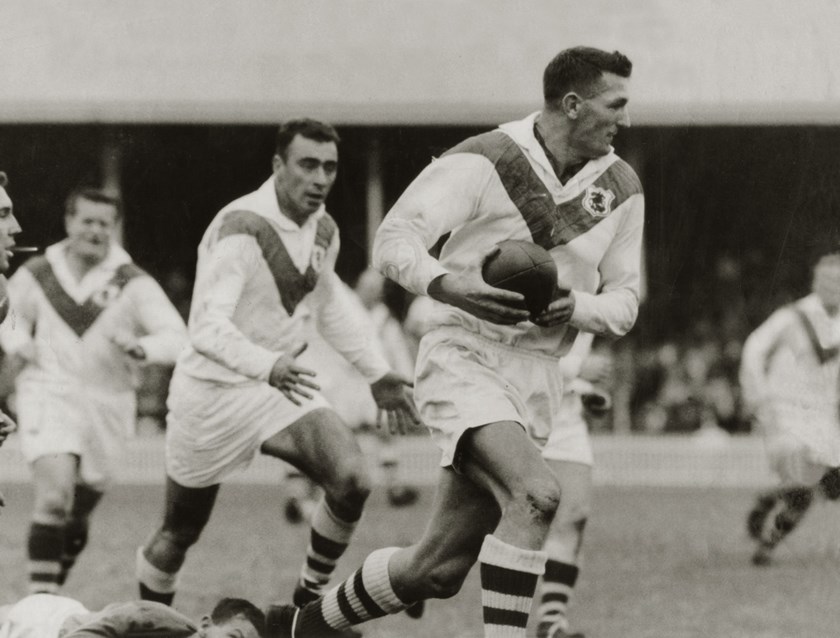 Provan passed away on Wednesday evening (Oct 13, 2021) after a long battle with illness. Provan was 89.

Provan was born in the New South Wales Riverina and joined St George in 1950. The imposing back-rower made his first grade debut for the Dragons in 1951 and remains the fourth most-capped St George, Illawarra or St George Illawarra player to this day (256 games).

Provan played a crucial role in St George’s ‘Never Before, Never Again’ era, playing part in 10 of the club’s 11 successive grand final victories (1956-65), the latter five of which he acted as captain-coach.

The aftermath of St George’s 1963 win over Western Suburbs saw one of Australia’s most memorable sporting images captured, now known as ‘The Gladiators’, with Provan embracing then Magpies captain Arthur Summons.

A sculptured trophy of this special moment has been awarded to the victorious grand final team since 1982, now known as the ‘Provan Summons’ Trophy. 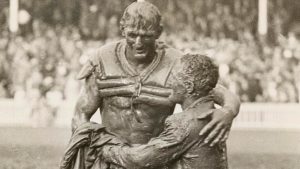 Provan retired at the conclusion of St George’s 1965 premiership win over South Sydney, with an incredible 18 games for New South Wales and 31 matches (Tests and tour matches collectively) for Australia to his name.

Provan went on to coach St George post-retirement in the 1968 season before concluding his coaching career with stints at Parramatta (1975) and Cronulla (1978-79).

Provan entered the Australian Rugby League and International Rugby League Hall of Fames in 2004 and was duly rewarded Immortal status in 2018.

“Norm was instrumental in St George’s great run of 11 premierships, a feat we will never see occur again.

“Everyone involved with St George District and the St George Illawarra Dragons wish to send their condolences to Norm’s family.”